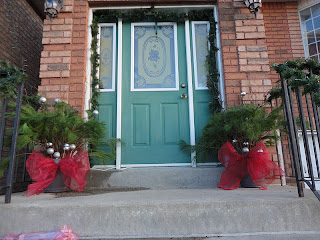 Okay so its that time of year again, CHRISTMAS. Thinking about decorating outside? On a budget? I have just the thing $12.00 Christmas planters.
While I was at a greenhouse that sells a lot of amazing Christmas decorations I came across some Christmas planters,and they looked amazing but they were $75.00 A PIECE!!! No chance I was spending that kinda dough so I made up my own. Here's how. 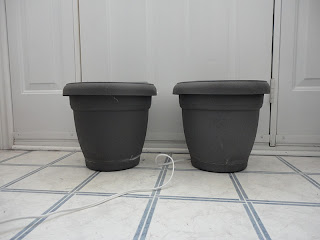 These are my planters that I use all year around. I think I originally got them from Canadian Tire for about $12.00 a piece. They were still filled with dirt from the summer. 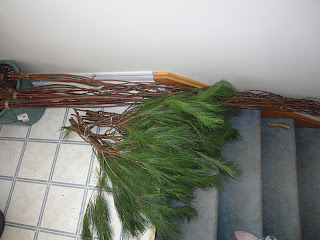 I bought the really long sticks from Dollarama for $2.00 a bunch. I bought 4 of them. Then the pine branches were from the green house and they were $6.00 a bunch and I got two. 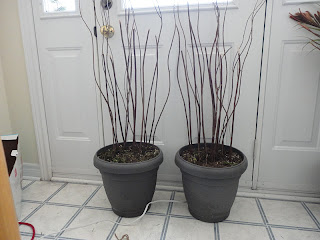 So the sticks from the Dollarama were really long so I just snapped them in half and put them close to the "back" of the planter. 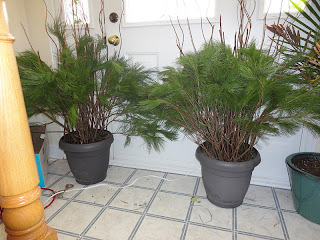 Then I took my bunches of pine and and also stuck them in the planter in front of the sticks. 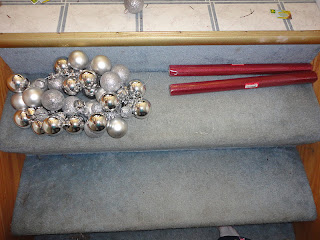 The red ribbon was from Dollarama for $2.00 each. The silver Christmas balls are plastic and they were extras I had. I was looking for Christmas balls with sticks attached to them and I found them. They were selling them at Walmart for four little balls it was $5.39. No thanks. So I came up with an idea. 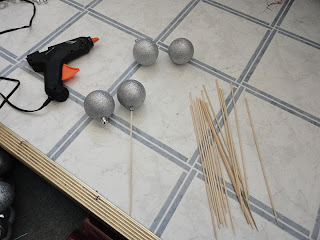 Skewer sticks, hot glue gun, and plastic ornaments. Just take the plastic hanger part off, then put a bead of glue at the hole of the ornament and stick the skewer stick into the hole. There you go cheap and easy. 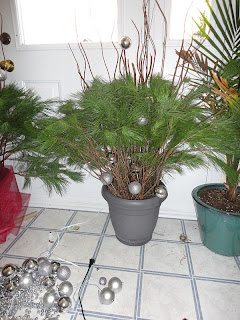 Then I stuck the sticks with the balls attached, into the planter. 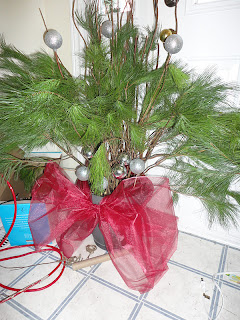 I took the ribbon wrapped it around the planter and tied a knot. 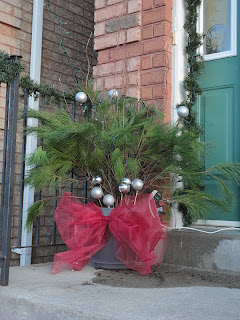 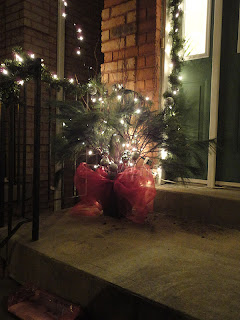 I had extra lights so I wrapped them into the planter and there you go nice festive front doorway now. 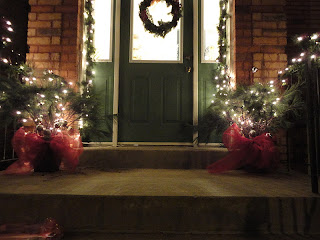