So when we first moved into our house the previous owners had some interesting colour choices, to say the least. This was our guest washroom. Yes your eyes are not deceiving you, that is a bright red and orange bathroom!
﻿
﻿﻿
﻿ 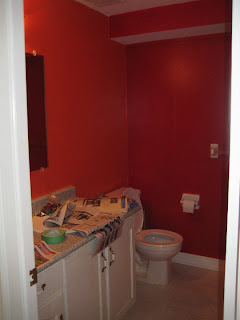 It is still hard to believe that we even put an offer on this house with this horrible bathroom! When painting the bathroom upstairs it looks like it was the same colour!! What the heck? 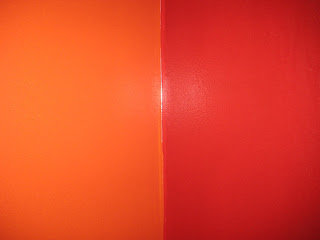 Yep I told you red and orange 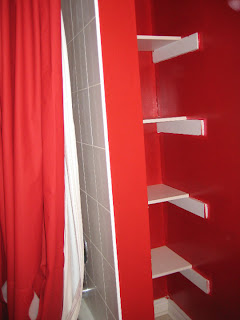 So again we were really broke when we moved in so we painted all the walls white as snow (free because we had it) and it was 5 coats later when finally all signs of the horrible red and orange bathroom were gone. 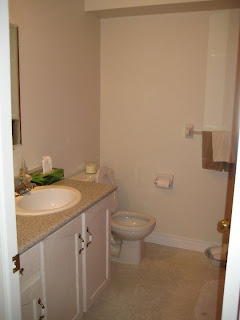 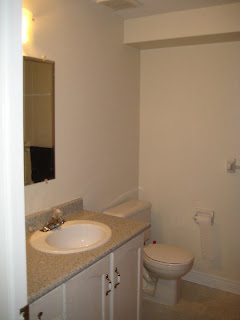 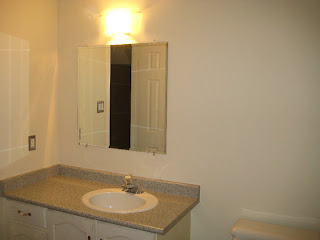 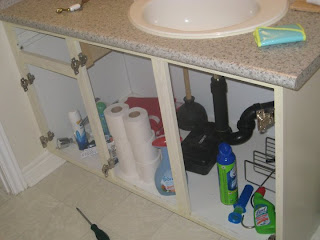 Cabinets off for painting and new hardware. 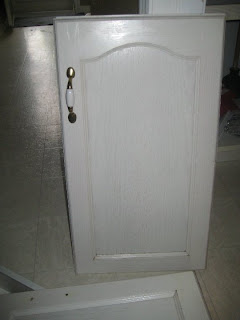 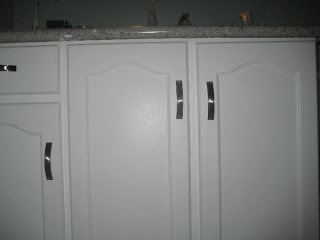 Cabinets after- looking pretty good if I say so myself. To find out how to paint cabinets go to How To Paint Your Kitchen Cabinets 101 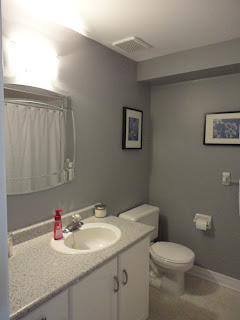 After all that I painted the bathroom the same colour as the other bathroom CIL Surreal Blue. The reason I did this was because I really like the colour and I had tons left over so why not? New mirror some pictures on the wall and a new shower curtain and this place is like new! 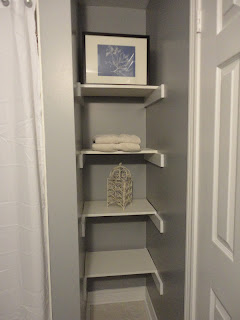 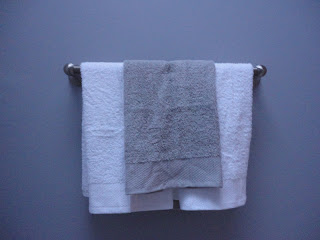 The Grand Total is-$139.83
(I halved the amount of the paint for the walls and the cabinets because i used them in two rooms)
Posted by SomethingFromNothing at 8:23 PM

Email ThisBlogThis!Share to TwitterShare to FacebookShare to Pinterest
Labels: DIY