This soup is a classic for a beautiful fall day. This recipe does make a lot of soup. We ate it for two days and then I froze the rest in a Ziploc container. We probably have 4 more servings of soup. I will 100% make this soup again. It was also very easy! Here is what you will need:

In a large soup pot over medium heat, saute ginger, garlic, celery, onion & leek in oil until translucent and soft. Add Garam Masala and stir to combine to release the flavor of the spice. Add the carrots, yams and veggie broth. Turn heat to high and bring to a boil, turn heat down to a simmer. Cover and simmer for 20-30 minutes or until veggies are tender. Remove from heat and add coconut milk. Puree soup using a hand blender until thick and creamy. Season with salt & pepper and garnish with a dash of cinnamon & nutmeg!

Variation: Add 1 cup of red lentils to soup while cooking and increase water by 1 cup. 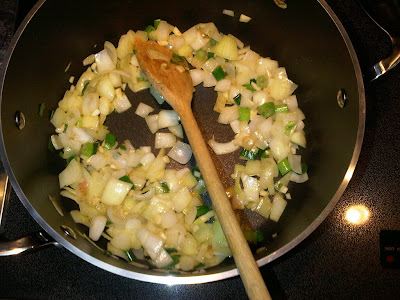 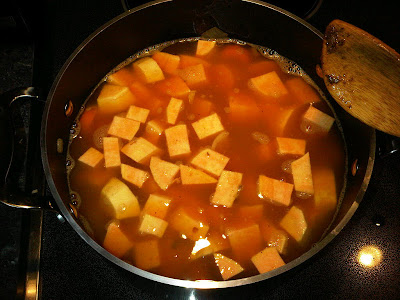 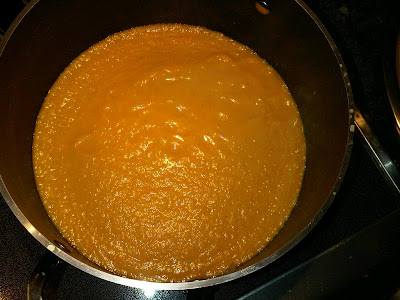 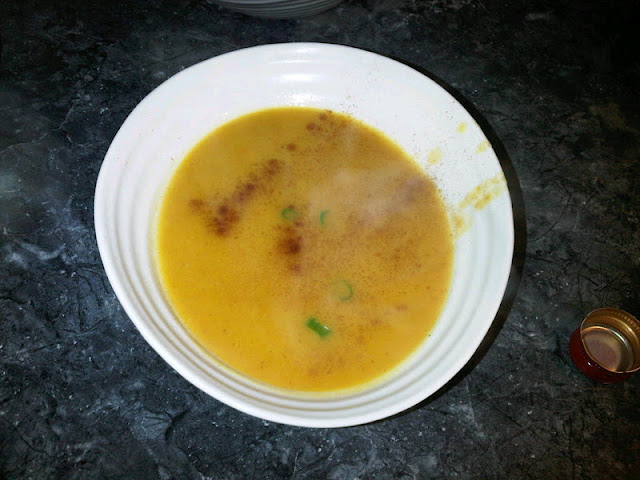 Posted by SomethingFromNothing at 8:39 AM