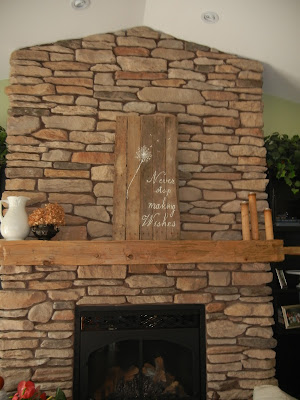 Well I had neglected my mantle for way too long.  It was July and I still had silk forsythia in a large vase on the hearth.  It was really time to change things out. You can't still be celebrating spring in the heat of summer.
I went in search of a pallet and of course Jeff's reaction was what are you going to do with that.  Patience my friend, I have a vision. 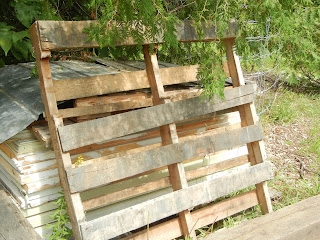 I asked him to use his power tools and make me a tall piece.  I liked that the heads of the nails were rusty and that they show. Of course he wanted to pull them out. Sometimes we just don't see the same thing.
With a couple of scraps of lumber he fastened the 5 boards together and then it was time for my creative side to get to work. 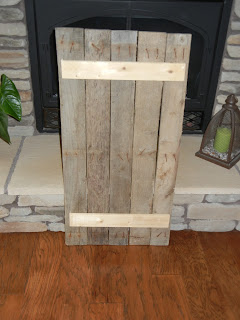 I knew that I wanted something summery and light, but what was the right saying. 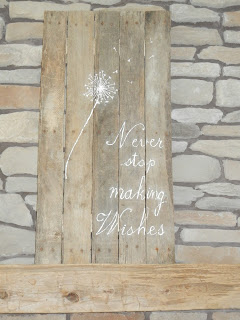 I tried out "If horses were wishes, beggars would ride" but that caused a great debate about what that actually means and because I didn't want to explain my version, that implied that wishes come true if you only wish them, I decided to keep searching.
And when I found what I wanted and a link on Pinterest of how to draw a dandelion  it was time to get to work.
I wanted to try out the transfer technique that I had also seen on Pinterest to  Transfer letters What a great way to get the letters exactly like I envisioned.  Sadly, that day our printer would not print in black.  Now what?
I enlarged each individual word on my computer screen and free handed the script.  I think it turned out exactly like I envisioned~light and airy, just like that dandelion.  What do you think?
Posted by SomethingFromNothing at 11:41 AM